As you may all be aware of, the new revitalized XFL is set to re-launch in the spring of 2020 headed by billionaire entrepreneur Vince McMahon. 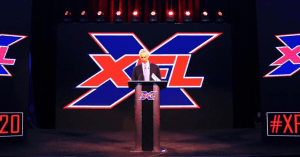 The commissioner of the XFL Oliver Luck, father to current Colts QB Andrew Luck announced a huge step forward in the process of this league becoming a reality in 2020. Luck has had tremendous success as an executive. Luck’s corporate resume reads former President of NFL Europe, President and CEO of the Houston Sports Authority, Vice President of the NCAA Regulatory Affairs and Houston Dynamo President and General Manager bringing them 2 championships. Not Bad. From what I’ve read McMahon has so much confidence in Luck that he has a guaranteed salary of $20 million.
The XFL announced their 8 hosting cities officially, yet only two are at their original locations. The following cities are:

McMahon isn’t a man to bet against, especially since all of the money is his money.The teams will consist of 40 man rosters, averaging $75,000 salaries for players, 10 game season, 2 playoffs and a championship game. The duration of the season will be from February to June. The team names, colors, coaches and players have yet to be announced. 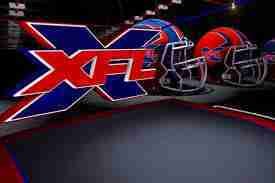 There have been talks as of late that the XFL and NBC may be teaming up for the broadcasting rights to display the XFL on their network. Second Times The Charm?Wish the XFL nothing but success.

Shop At The FinFlam Store

-Donald J. Trump- Is He A Gangster? Yes

Is Pope Francis Right in Allowing Married Priests in the Church?

Since President Trump has been elected has your economic life...